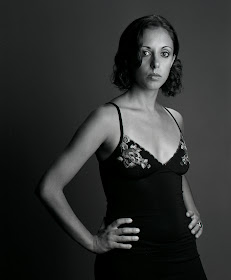 I sat with my friend Ian Bateson in the covered courtyard of the main branch of our Vancouver Public Library. Everything was fine. People walked passed us. Bateson said, “Remember when this building had the city in an uproar?” I do remember and even though many architects and planners do not like our library it is beautiful to my eyes and does an admirable job in what it was supposed to do, attract people to its stacks.

“Do you really believe in that?” Bateson asked me.

I had told him that if you pour a bottle of Scotch into the Atlantic and then take a fast plane to the Pacific you would be able to find very small quantities of that Scotch if you had the right kind of delicate measuring device. I told him that we can still hear the noise of the big bang. If that is correct we might be able to invent a machine that would grab from the air the receding echoes of Mark Antony’s speech or Christ’s Sermon on the Mount. Anybody who has learned the calculus (that of Leibniz and Newton) would understand that fading is never absolute. It approaches infinity without getting there. It is called an asymptote. Another example of an asymptote is my wife’s attitude to her long suffering husband, “ I will be nice to you and tender to you only when I have no further stress or worries.” That will never happen!

Mexican Poet Homero Aridjis writes that when we walk through the old Mexico City quarter of the Zócalo you walk through the ghosts of Aztecs past, through bridges that are no longer there. These ghosts are no different from the ones that Emily Molnar says are the bursts of movement of dance that quickly disappear to never be seen again as most dance performances are rarely repeated. She says that as she moves on a dance stage her arms intrude into three dimensions and leave an effect, much like the dent you might make when you press your thumb on your thigh. The dent disappears but in some way it is still there.

When I have seen Judith Garay dance  here in Vancouver, I see in her movements the influence, the effect, the pushing, the pulling of her mentor and teacher Martha Graham.

You might listen to a pianist in 2012 and note the influence via the teacher who was taught by the teacher, who was the teacher of a person who was the pupil of the great Anton Rubinstein. The dilution is there but the stuff, the raw talent that was Rubinstein is still Rubenstein in the hands of the contemporary pianist we may be listening to.

Which brings me to why I am writing all of the above. It has to do with a project that I may be initiating soon with Sandrine Cassini, another of those wonderful creatures from the 19th century that we, a few of us, are aware, are visiting us in this century. She danced with the Paris Opera Ballet and when I watch her dance I imagine I am looking over the shoulders of Degas as he sketched the dancers of the Paris Opera Ballet. When I listen to Cassini talk in her French accented English I imagine any of the dancers that Degas so lovingly painted.

When I watch Cassini dance I can feel (even though I am no dance expert or dance critic) the influence and history of those dancers who danced before the generation of Degas. I might, if I look closely discern the Sun King himself shouting instruction on this or on that.

When Degas sketched the young dancer, aged 14, Marie Van Goethem she was fully nude. He then dictated that henceforth all museums and institutions showing his cast sculpture would have to drape a little skirt around her. Might not some Degas dancer have been present during the sketches? Might she not have been a friend of Van Goethem? Is there some of that knowledge, of the interaction between Degas, Van Goethem and her friend not be somewhere inside the memory banks of Cassini?

Yes Bateson I believe in those things. And at the very least it gives me an excuse (a justification) to travel soon to Victoria to photograph the 21st century Sandrine Cassini, back in the century I think she is really from. The century and the very era when somewhere inside her, in her memory, she might have recognized the man that was Degas.
Alex Waterhouse-Hayward at 4:50 PM
Share
‹
›
Home
View web version